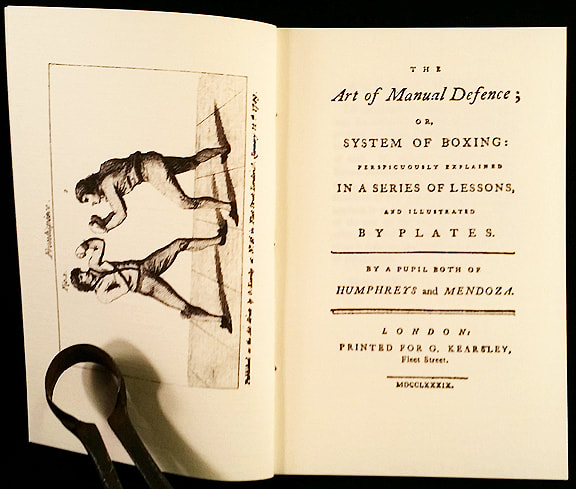 Lessons on bare-knuckle fighting in a gentlemanly and sporting fashion, the earlier publication on Boxing. Predominantly a set of instructions in "Self Defense" meaning how to literally defend one's self in a fist fight, yet it points out less favorable punches or fouls. Yet, it does not go so far as to dictate hard rules as in organized boxing of later times. Containing nine engravings to illustrate postures and positions in defense. Although this was printed as a book form, we have produced this in the form of a 200 page pamphlet to make it an affordable curiosity. 200 pages - 3 5/8" x 5 1/4" Binding: Pamphlet sewn.