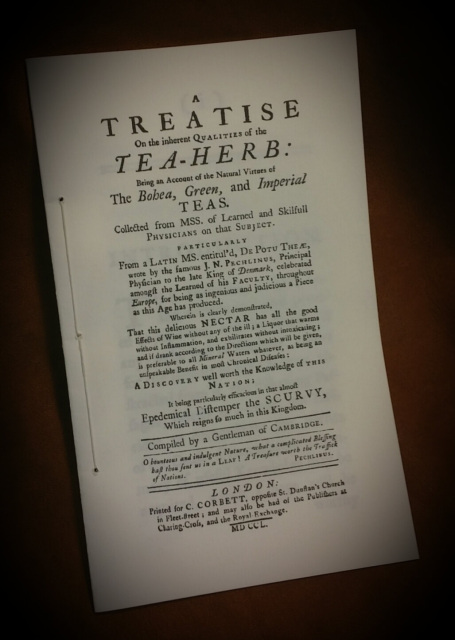 During the mid to late 18th century Tea was not only a popular beverage, but was a particularly hot political and social target. Socially, some felt that tea had become addicting to women (or at least their tea parties) and politically the taxation controversy

This pamphlet ignores all of this and addresses only the 'Herb' itself and covers what medicinal characteristics it has. This even mentions Tea's positive affects on Scurvy.