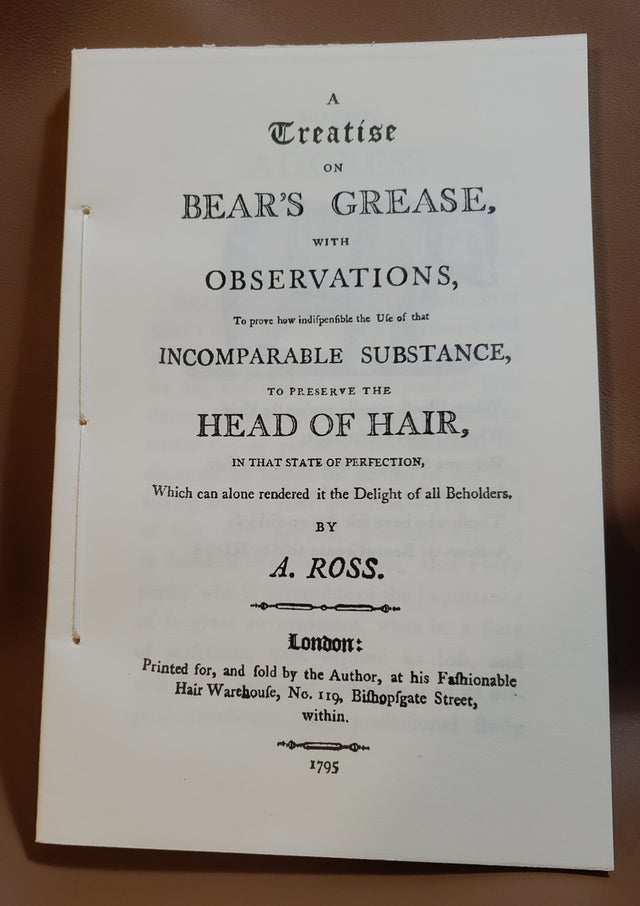 A Treatise on Bear Grease with Observations .. to Preserve the Head of Hair (d. 1795)

Written by A. Ross is his Treatise of the history and best use of Bear Grease. The Table of Content brings up many aspects of hair on the head as far as aliments and benefits of using his bear grease. Mr. Ross goes so far as to tout his own bear grease products by placing an affidavit that ..”I, Alexander Ross, of London, Perfumer, make Oath, and say that I do not sell, or will cause to be sold, at any Time or Times, any other than real Bear's Grease, and that only from the Animal or Animals I keep, or are kept and killed by Me or My Order.”

One can only infer that he raised bears in London.